Oregano is the dried leaves of the herbs Origanum sp (Mediterranean variety) or Lippia sp (Mexican variety). Both varieties have traditionally been harvested in the wild. The name Origanum derives from Greek words meaning “joy of the mountain” since oregano thrives in high alti­tude Mediterranean climates. The Mediterranean variety is closely related to marjoram and is very similar in physical appearance. The Mexican variety is from a different botanical family, but displays a similar (but stronger) flavor to that of Mediterranean oregano. Oregano goes by many names in different languages such as niú zhì (Chinese), origaino (Hindi), orégano (Spanish), origan (French), tawabul (Arabic), and oregano (German)(1).

Mediterranean type oregano is a perennial herbaceous plant with small purplish flowers that grows to about 1 to 2 feet tall.  It is native to temperate western and southwestern Eurasia and the Mediterranean region. The plant can also be grown in colder climates but often does not survive the winter. Leaves are typically harvested right before the flowers bloom. 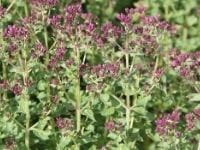 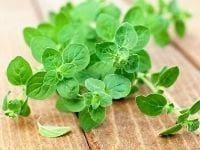 Mexican type oregano is native to the Americas and grows as a small shrub or tree of 3 to 9 feet high. Flowers are usually white or yellow. The leaves are harvested. 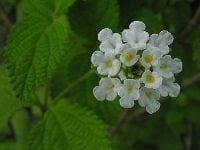 There are many culinary species of Mediterranean type used around the world.  The two most common are listed below as well as Mexican oregano.

Oregano was popular in ancient Egypt, Greece, and Rome as a flavoring for vegetables, wines, meats, and fish. According to Greek mythology, the goddess Aphrodite created oregano as a symbol of happiness. The Greeks employed oregano in marriage ceremonies to provide joy and in funeral services to provide peace to the departed. The Greek physician Hippocrates (460-370 BC) used oregano for antiseptic purposes and to protect against respiratory ailments and gastrointestinal distress. Medieval Europeans would chew on oregano leaves to alleviate rheumatism, toothache, indigestion, and cough.

Fresh oregano is usually bright green in color although there is a wide range of hues among different cultivars ranging from yellow to dark green. The color of dried oregano ranges from light brownish green to darker green. 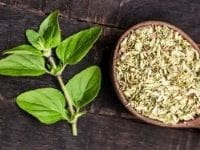 High quality oregano contains upwards of 4% essential oils characterized primarily by the aromatic compounds "thymol" and "carvacrol". The best quality of oregano is grown in a warm, dry climate and drought conditions can intensify the flavor. The Mexican type has a slightly different flavor which is less minty, more hay-like, and less bitter.

Mediterranean type oregano, which gained its popularity in the United States after troops returned from WWII, is found in much of Italian cuisine: pizza, spaghetti sauces, and other tomato-based sauces. Along with basil, oregano provides character to many Italian dishes. In Greece, oregano is often used in dried form for pickled olives and flavoring feta type cheeses. It is a key ingredient in Greek salad and for grilled meats such as gyros. In Turkey, oregano is used to flavor the world famous doner kebabs.

Mexican oregano is found in chili powders and adds flavor to traditional Mexican and Southwestern US dishes such as chili con carne. It is a staple ingredient in chili powder (along with red pepper and cumin).

Dried oregano is more widely available but fresh oregano is growing in popularity in gourmet markets and with home gardeners.  As a general rule, 1 tsp of dried oregano leaves = 2 tsp chopped fresh oregano. The leaves of fresh oregano should be stripped from the stems before being chopped and added to the dish.  When sprinkling dried oregano over a finished dish (such as pizza), you can crush it in your hands first to further release the flavorful essential oils. Oregano has a bold flavor and will make a dramatic addition to any recipe; a small amount usually goes a long way.