Spices and Herbs in the Development of Healthier Menus

Beyond the potential health-promoting properties of spices and herbs is the question of how these flavors can advance healthier and more sustainable food and menu choices in the United States. The answer lies in the larger landscape of megatrends in American food choices, which can provide a roadmap for driving change and opportunity within the $680 billion foodservice industry and the broader consumer markets.

Current consumer food preferences lean increasingly toward global palates, and Americans—especially the Millennial generation, born between 1981 and 1996—have never been more open to new flavor frontiers. This transition is driven in part by seismic shifts underway in demographics: by 2050 the Hispanic and Asian populations, with their non-European food cultures, will comprise 38% of the population according to the US Census Bureau. White Americans will constitute a minority in a mere 35 years.

In light of these changes in the population and flavor preferences, strategies that affect the trajectory of future food choices and their resulting health and sustainability outcomes must be considered more broadly—not just for the next year or 2, but for the coming 10, 20, and 30 years. To meet this challenge The Culinary Institute of America partnered with the Harvard School of Public Health’s Department of Nutrition to develop a leadership initiative aimed at linking the idea of deliciousness with healthy, sustainable food choices—a “moonshot” project, if you will, designed to bring together chefs and food industry executives (from restaurant, hospitality, and other foodservice companies), scientists, and other experts to address those most urgent issues that sit at the intersection of health, nutrition, environmental sustainability, and business. Menus of Change, now in its third year, is the result of this innovative collaboration.

THE MENUS OF CHANGE VISION

The Menus of Change vision is built on 4 precepts: (1) optimally nutritious and healthy food, (2) environmental sustainability of food, (3) delicious food with culinary and cultural appeal, and (4) socially responsible and ethical approaches to producing food. One Menus of Change menu research and development principle, for example, focuses on globally inspired and largely plant-based cooking: think produce first. This principle is based on the insight that shifting consumers’ dietary patterns to predominantly plant-based food is likely the most significant decision that can be made in the professional kitchen in support of these imperatives. Because growing plants for food tends to have a less negative impact on the environment than raising livestock, a shift to plant-based cooking will advance global environmental sustainability. Many food cultures around the world, including those of many parts of Asia, Latin America, and the Mediterranean region, have achieved a desirable dietary balance in their traditions between foods from animal and plant sources. Now there is an opportunity to help American consumers do the same.

MENU/CULINARY STRATEGY: USE SPICES AND HERBS

Spices and herbs play a key role in 3 of the main menu principles of the Menus of Change initiative: focusing on whole, minimally processed foods; right-sizing portions without sacrificing flavor; and celebrating cultural diversity and traditions. For example, spices and herbs amplify the flavor impact of meat, allowing it to be used as a condiment rather than as the main entrée. Spices and herbs bring to the American table the flavor systems rooted in traditional world food cultures. In many cases, the American consumer may not be ready for menu items named after distant and unfamiliar locations, but they have big appetites for these actual flavors.

Having a great food experience is what matters the most for consumers. The practical issues for the foodservice industry are how to increase the appeal of produce, nuts, whole grains, legumes, and other plant-based foods, while leveraging smaller amounts of meat to greater effect. Spices and herbs can help address these issues by amplifying flavors and enhancing the acceptance of nutrient-dense foods. The challenge ahead is not merely to encourage additional creativity on the part of chefs. Rather, it is about designing evidence-based research and development strategies that can connect culinary insight and flavor development with successful transformation of food preferences and behaviors around healthier, more sustainable choices.

3. The Culinary Institute of America and the Harvard School of Public Health—Department of Nutrition. Menus of Change. http://www.menusofchange.org/about/

4. The Culinary Institute of America and the Harvard School of Public Health—Department of Nutrition. Menus of Change 2014 annual report. https://issuu.com/theculinaryinstituteofamerica/docs/moc14_annualreport 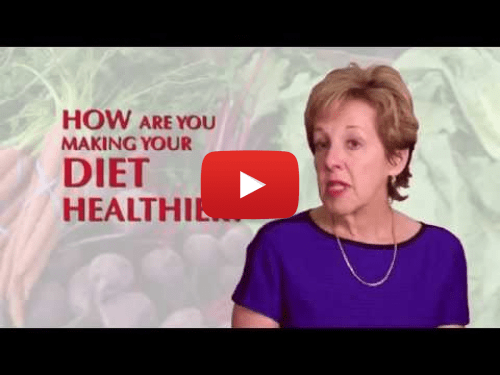 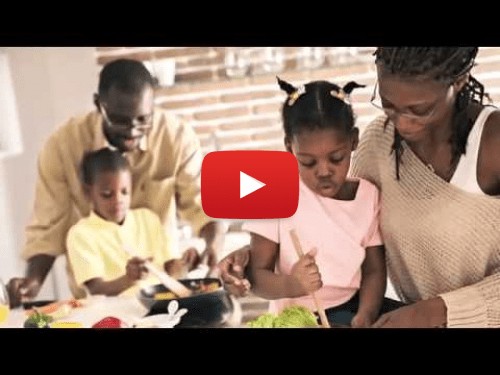 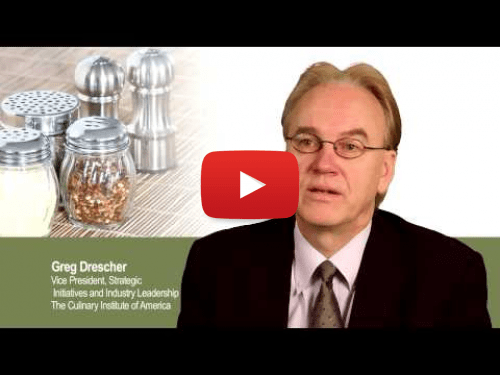